Permanent link to this article: https://thehillscricketclub.ie/its-all-goen-on-at-the-hills/

Monday May 1st Bank Holiday Weekend  Leinster Lightning come to The Vineyard to Play North West Warriors. Game starts at 10.45am is 50 overs in the ODI format.

It is a great honour for The Hills to host these matches and with that in mind we are looking to recruit additional volunteers for the day. Help will be needed in all areas including catering, bar staff, ball spotters, sight screen duties, covers, scoreboard, litter picking and cleaning up after the match as well as general support duties.

If you can help on the day, or even contribute a few hours of your time, please contact our Match Manager, Michael Gavin on 086 257 8012 or email michaeljgavin@gmail.com

Permanent link to this article: https://thehillscricketclub.ie/leinster-lightning-versus-north-west-warriors-may-bank-holiday-weekend/

Welcome To The Hills Katie Gurrey

The Hill’s CC are proud to announce that we have recently signed Katie Gurrey from Wellington, New Zealand, to play for the 2017/ 2018 season. Katie is a Right Hand Bat and a Right Arm Medium Bowler who plays for Northern Districts (Women) Spirit and Auckland University CC Women Premiers (2011- 2017).

As a player Katie is a powerful opening batter this has seen her selected in various representative sides and also winning many awards. The two biggest highlights included being named the MVP of the National Women’s U21 Tournament and making her debut for National Women’s Provincial side ‘Northern Districts Spirit’ at age 19. For the 2016/ 2017 season, Katie had the most runs in the Auckland Women’s Competition (641 runs, S/R 122.73, 7 innings). For the summer of 2016, Katie played and coached in Hayes (Kent) Cricket Club where she scored 871 runs in her 25 innings. In her time here, Katie will also play in the Super 3’s tournaments, along with her Hill’s Team mates Ciara Metcalfe, Aisling Byrne, Katie Boylan, Laura Boylan and Tasha Morton.

With the signing of Ciara Metcalfe in 2016 and the addition of Katie to the squad for 2017, both the Ladies senior and underage teams in The Hill’s are going from strength to strength. Keen to build on her first season with The Hill’s, Ciara has been working hard over the winter months to sign a player who will fit into the overall plan for Ladies cricket in the Hill’s and who will help us to build on the great strides already made. With the introduction of a new structure to Division 1, where the Ladies will play half of their matches as T20 and the other half as 50 overs, the vast experience of both Katie and Ciara in both formats (but especially the 50 overs!) will prove invaluable.

This year, we hope to field 3 teams, so if anyone is interested in helping out with any aspect of Ladies/ underage cricket, please feel free to contact Carrie on 085 1006789 and we will find you a job in no time! 1st game of the season will be Division 1 home to Pembroke in the 50 over on Sunday 30th April and all support is welcomed! #THCC

Permanent link to this article: https://thehillscricketclub.ie/welcome-to-the-hills-katie-gurrey/

Training/Practice Notice for Boys and Girls

Permanent link to this article: https://thehillscricketclub.ie/trainingpractice-notice-for-boys-and-girls/ 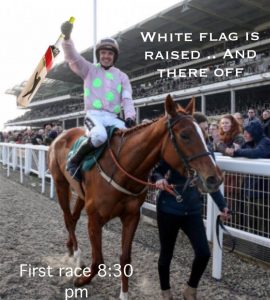 Our Annual Race Night and one of our main fundraisers  for the year takes place on Saturday 22nd April in The Club. First race is off at 8.30pm.  For Race Cards Contact Michael Gavin PH 086 257 8012 or email Martin Russell martinrussell111@gmail.com.  Entrance fee is 10.00 Euro per horse and must be prepaid.  So come on HILLS, LETS GO RACING!!!!!!!! and come out for a great night of fun and craic!

Permanent link to this article: https://thehillscricketclub.ie/3629-2/

Permanent link to this article: https://thehillscricketclub.ie/scrub-up-saturday-your-club-needs-you/

Training/Practice Notice for Boys and Girls

Training/Practice will commence on Wednesday 26th April 2017
U11 Boys – 5.30pm to 7pm
U11 & 13 Girls – 5.30pm to 7pm
U7 & U9 Girls & Boys – 6.30pm to 7.30pm
U13 & U15 Boys – 7pm to 8.30pm
U15 & U17 Girls will train with the Ladies on Monday Evenings 6:30pm
U17 boys will train with the Adult sides on Tuesday Evenings from 6.oopm
Our Club would love to see more parents involved this year. If you would like to get involved please let us know as we are looking for Parents/Guardians to help with Practice/Training, Management of Teams and assisting on Match Days.
We look forward to seeing you during the season. Lets hope its a sunny one!!!
THCC

Permanent link to this article: https://thehillscricketclub.ie/mens-training-notice/ 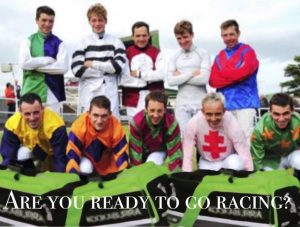 Our Annual Race Night and one of our main fundraisers  for the year takes place on Saturday 22nd April in The Club. First race is off at 8.30pm.  For Race Cards Contact Michael Gavin PH 086 257 8012 or email Martin Russell martinrussell111@gmail.com.  Entrance fee is 10.00 Euro per horse and must be prepaid.  So come on HILLS, LETS GO RACING!!!!!!!! and come out for a great night of fun and craic!

Permanent link to this article: https://thehillscricketclub.ie/training-notice-for-3rd-and-4th-teams-sunday-12th-march/

The cricket season is upon us.  There are many things you must do before the season starts.
Take kit out of attic, find kit that wasn’t in attic,  check if things fit, have all your bits, etc, etc
But before you do all that you need to do two very important things.  Pay your subs to the club and register to play in Leinster.

Please see link for registration below and remember to pay your subs to the Club.

Permanent link to this article: https://thehillscricketclub.ie/welcome-to-the-hills-sean-and-yaqoob/ 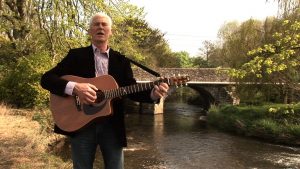 The much loved next Tea dance takes place at the Hills Cricket Club on Sunday April 2nd at 3 o’clock.  Martin Byrne sings all your favourite songs and the dance floor awaits. Admission is €5.00. Bar open and all welcome.

Permanent link to this article: https://thehillscricketclub.ie/spin-for-the-ladies/