Ladies First Win Of The Season

With Lucy Small winning the toss and putting The Hills into bat, the umpires informed the girls to be quick through their overs. Miranda Andrews and Tracy Clinton got The Hills of to a good start. North Kildare broke through in the fifth and sixth over, removing Miranda and Katie Boylan. Ciara Metcalfe and Tracy Clinton then continued to build their innings. Ashling Byrne and Lauren Hoey chipping in through the middle overs. Unfortunately, the North Kildare innings was overshadowed by 50 wides – adding to the total and amount of overs in the innings. The Hills finished on 161.

Melissa and Naomi Scott-Hayward opened for North Kildare. Katie Boylan’s opening spell challenging the opening pair before she removed Melissa LBW for 21. Tracy Clinton put the ball on the spot as usual, and built up pressure. Wickets fell regularly. Our fielding is improving week by week, and lots of diving stops and athleticism helped our game plans. Lucy Small came in down the order and earned 57 quickly. Miranda Andrews who started in the keeping gloves, came onto bowl and put the ‘nail in the coffin’! Miranda finished with 4 wickets for 23. North Kildare finished on 121 all out, and The Hills secured their first win of the season. Special mention to Hannah, who took the gloves and did a great job. To Amanda, who sub fielded for 6 overs, and all our great supporters who traveled with us. Not forgetting Katie (the scorer) who’s job was pushed to the max! #teamwork 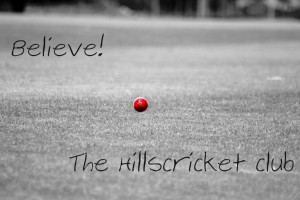 Permanent link to this article: http://thehillscricketclub.ie/senior-cricket-2/womens-senior-cricket/ladies-first-win-of-the-season/